1) Use a graphing utility to approximate the instantaneous rate of change of f(x) = x1/x at x = 1.

2) Use a graphing utility to approximate the instantaneous rate of change of f(x) = x-lnx at x = 4. 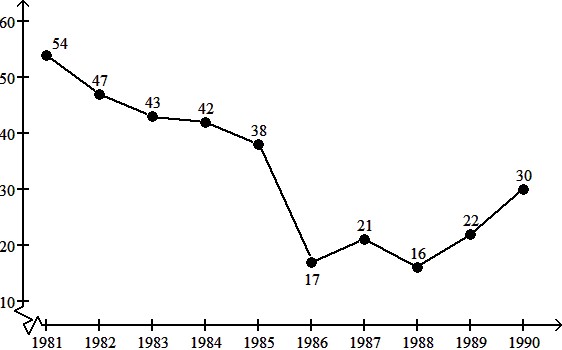 4) The graph shows the total sales in thousands of dollars from the distribution of x thousand catalogs. Find the average rate of change of sales with respect to the number of catalogs distributed from 10 to 50. 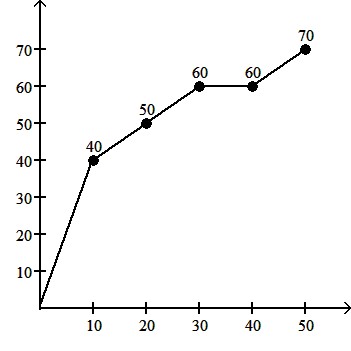 7) Suppose that the revenue from selling x radios is R(x) = 80x - (x2/10) dollars. Use the function R'(x) to estimate the increase in revenue that will result from increasing production from 115 radios to 116 radios per week.

10) A particular strain of influenza is known to spread according to the function p(t) = (1/3)(t2 + t), where t is the number of days after the first appearance of the strain and p(t) is the percentage of the population that is infected. Find the instantaneous rate of change of p with respect to t at t = 4.

11) The graph below shows the number of tuberculosis deaths in the United States from 1989 to 1998. 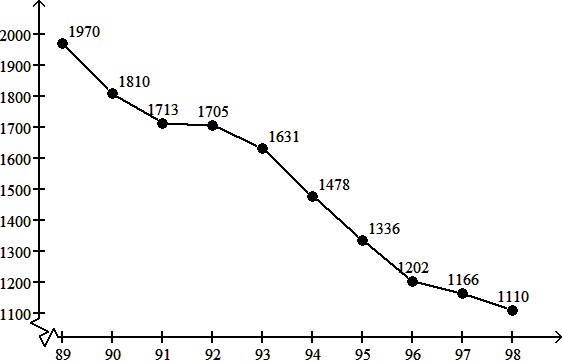 Estimate the average rate of change in tuberculosis deaths from 1996 to 1998.

12) The graph shows the population in millions of bacteria t minutes after a bactericide is introduced into a culture. Find the average rate of change of population with respect to time for the time from 1 to 4 minutes. 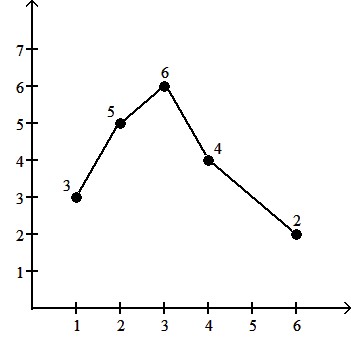 15) A ball is thrown vertically upward from the ground at a velocity of 132 feet per second. Its distance from the ground after t seconds is given by s(t) = -16t2 + 132t. How fast is the ball moving 3 seconds after being thrown?

Solved
Calculus 3 Months Ago 29 Views
This Question has Been Answered!
View Solution

View Solution
Ask an Expert
Our Experts can answer your tough homework and study questions
4694 Calculus Questions Answered!
Post a Question
Premium Member
Congrats! You are now a premium member.
Now You will bw able to access over 10+ Million
Enter your Details
I agree to the Terms and Privacy Policies